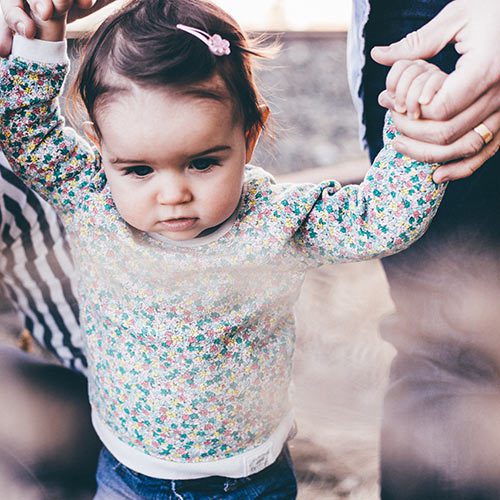 Your Family Lawyer for Custody & Child Support in Nevada

Child custody and support are very common elements of divorce cases and can be pursued at any time for the benefit of the child(ren). While Nevada’s public policy ensures both parents remain an active part of their children’s lives, custody determinations will be made in the best interests of the child. Additionally, if one parent makes more money than the other, Nevada child support law may come into effect. Erin N. Grieve is a Reno family lawyer who handles all elements of a child support and child custody case in a way that puts the security, happiness, and health of your child(ren) at the forefront.

The state of Nevada recognizes two forms of child custody: physical and legal custody, and utilizes two methods for coming to a resolution. Custody terms can be mutually agreed upon or determined by the courts. Each situation may be different, but in Nevada, parties may be referred to mediation with a child custody lawyer to discuss child custody and establish a parenting plan. It is advised that parents come to an agreement regarding custody at this time. If a decision cannot be made, the case will be given to a judge where they will make the final decision. Shared custody can also bring up the question of whether the more affluent parent will support the other. NV child support law takes precedence, and will determine if your scenario is a fit for support.

There are many factors that a judge will consider when deciding the best interest of the children. The factors come from NRS 125C.0035 and include:

Legal custody refers to who has the authority to make parenting decisions. These may include school enrollment, religious beliefs, extracurricular activities, and the child’s medical needs. It’s fairly common for each parent to receive joint legal custody. This means parenting decisions are shared and agreed upon by both parties.

Visitation is decided after child custody and entails when non-custodial parents get to spend time with their children. Holiday visitation and vacation visitation are all included when crafting a custody schedule that meets the best interest of the child.

When one parent wants to leave the jurisdiction area, this disrupts the custody schedule. If the parties cannot come to an agreement, the court is empowered to decide on where the child should live. The legal burden of proof to obtain permission for relocation depends on numerous statutory and case law factors.

For parties who are unmarried and wish to have a formalized custody schedule devised, establishing paternity is the first step. Just because parties are not married, that does not change their right to see their child. Most people acknowledge paternity, but if you have doubts, you have the ability to confirm paternity. Once a legal relationship is established between the father and child, a court can then order child support.

Problems such as poor school performance or medical issues may necessitate the change of a previous court order. This can result in a new evidentiary hearing and depending on the current custody order which can change the “legal burden of proof” and modify custody arrangements.

Erin Grieve has served as a child custody and child support attorney for many Reno families. As a child of divorce herself, Erin’s experience has given her valuable insight that assists with counseling her clients as a Reno family lawyer. Her compassion and empathy for families dealing with a child custody case will make the process much smoother and simpler. Meet with our trusted Reno child custody lawyer and connect with Erin N. Grieve today to schedule a consultation.

Get Help With Child Support In NV

*Cases are dependent on certain factors including: financial advantage the child experiences from the move, if the move is honorable and if there is a realistic expectation for visitation with the other parent.